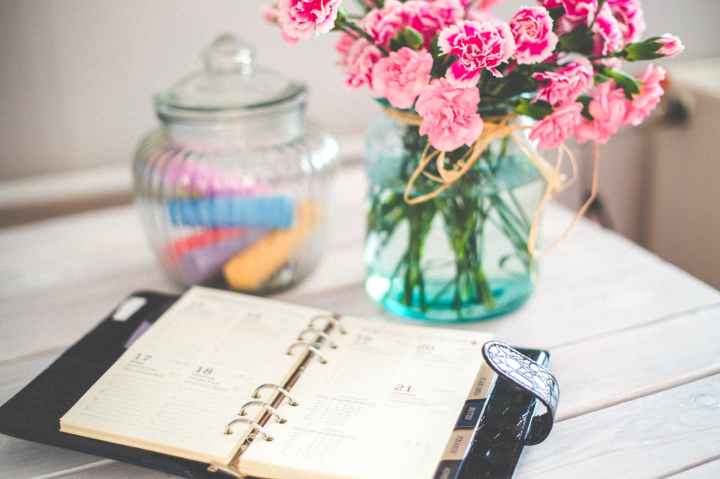 I am a very easily frightened person. My biggest fear, is… balloons.

It’s ridiculous, right? What is so terrifying about a little piece of latex filled with air?

I’m also afraid of change, good or bad. Also ridiculous, am I right?

Believe me, I know.

A lack of control.

I hate balloons when they pop. I squeal really loud, and sometimes (most times) cry. What bothers me about them popping, is that I have no idea when they are going to do it. I have no control over when those terrifying little pockets of air are going to explode.

I hate change, because it sneaks up and before you know it, takes over. I can’t control when things will go from normal to abnormal, and that scares me. Not just bad change either. Often times, good change scares me more. What if in the process of going from good to supposedly better, it just gets worse?

Planned life is the best life… or is it?

I don’t like not being in control, in case you couldn’t tell. I don’t like it when I can’t predict how something is going to affect me or the people I love. I always tend to go the cautious route, and often decide against something that might be good, just because I’m afraid it has the potential to end up worse.

Is someone coming over for dinner next week? It’ll be in my planner.

Is there a chance of snow next month? It’ll be in my planner.

When is my best friends dog turning ten? It’ll be in my planner.

(Okay, maybe that last one was a slight exaggeration, but you get the point.)

I even write down what days I plan on showering… It’s bad, I know. But at least now you can see why unplanned things, really scare me.

I was talking to a friend of mine a few months ago. She always makes fun of my scheduling obsession and laughs when I forget to write something important down.

We were having coffee this summer, and as I poured out all my fears regarding the next few months of change and uncertainty and how it wasn’t fitting well into my planner, she says to me, very lovingly:

“Madelyn, it’s all in a planner. Just not yours.”

She put her hand on mine, and continued.

“What makes you think that your planner and your decisions are the ones that ultimately bring about the good things, or the hard things, in life? God does not look down at your planner to make sure His plan fits. He is much, much bigger.”

Really. What makes me think that it’s all up to me? Why do I need to be the one to make sure things go the right way?

The simple answer: I don’t, and the thing that makes me think I do? That is called pride.

Here is where Susannah comes in.

What I am about to share, is something I wrestle with. It is far easier to say it to someone else, and expect them to just believe it than it is to do so myself.

The soul that has learned the blessed secret of seeing God’s hand in all that concerns it, cannot be prey to fear, it looks beyond all second causes, straight into the heart and will of God, and rests content, because He rules.

There are times I am forced to make a decision that brings change, or to be the one who is affected by another’s decision for change. I need not let it frighten me though.

There are times I will look back and think, “I’ve messed it all up, if only I hadn’t done or said that.” I need not let it frighten me though.

There are times that circumstances seem the very opposite of what they should be, and yet even in my lack of understanding and preparedness, I will be faced with the choice of trusting God or doubting Him. I need not let it frighten me though.

I need not let it frighten me, because my planner isn’t the one that matters at the end of the day. I could be just like Jonah, and run from something, do everything in my power to make it impossible, but in the end, God’s plans always come to pass.

I could be like Saul, set out on a path determined that I know what needs to be done, and I will do it, but in the end, God snatches me from there, and blinds me, so that I learn to cling to Him. In the end, and the means, God’s plans always come to pass.

Which is why I need not be frightened. The blessed secret, is that a good God has a plan. He knows, even if I don’t. No balloon pop, or life altering change surprises Him.

Maybe, just maybe, He is teaching the girl with the planner, how to live without one, and just trust Him.

And while He is doing that, He is gently, stripping away her false sense of control, and her pride, replacing it with a humility that rests, rather than wrestles, in uncertainty. Because even her uncertainty is in the hands that she knows and loves and trusts. The ones that were pierced for her.

That’s what I learned from Susannah Spurgeon.

One thought on “The Blessed Secret: The Biggest Thing Susannah Spurgeon Taught Me”

Leave a Reply to An old friend Cancel reply

Madelyn is a writer from Ohio. She enjoys theological discussions, reading spoilers for movies, frequenting coffee shops and bookstores, and encouraging others to look to Jesus as He has revealed Himself in Scripture amidst the chaos of life.